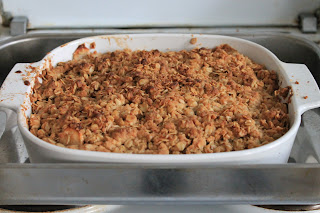 Fall is officially upon us. And what comes with fall?? Apples of course! Last weekend I managed to catch the end of the apple picking season and came home with bags of cooking and eating apples. The eating apples went in a flash leaving me with lots of cooking apples to play with. My first thought when it comes to apples desserts is always apple crisp. It’s a really easy dish to make and is hard to mess up. So long as you are happy getting your hands dirty (which isn’t so bad since then you get to lick the delicious topping off), you will end up with a crumbly topping. This dessert is also great for a big group since it has great table appeal and always reminds people of their mom’s or grandma’s cooking. The only real work is preparing the apples, but you can always rope in a couple helpers to make a peeling and slicing assembly line. This crisp is so good you’ll definitely be able to get some volunteers.Nothing feels like fall more than a nice big helping of apple crisp so try to embrace the colder weather by making yourself some! 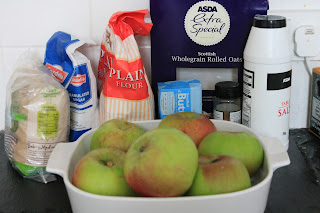 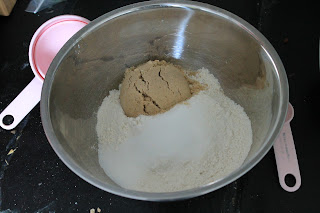 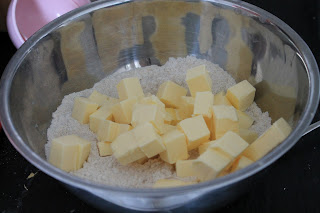 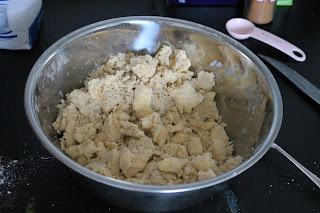 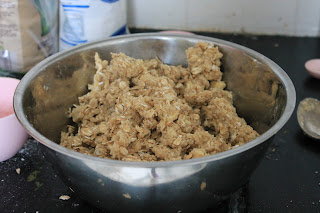 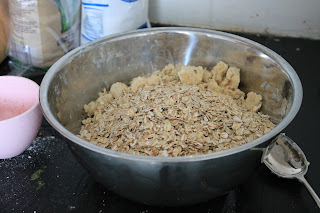 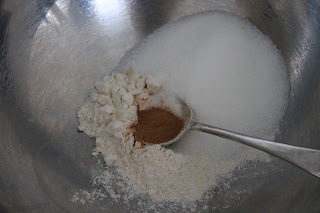 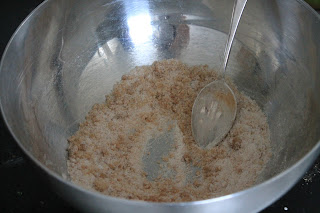 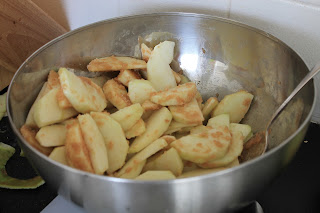 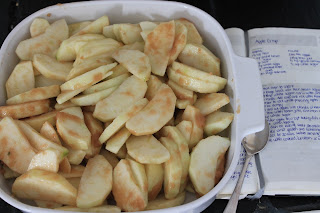 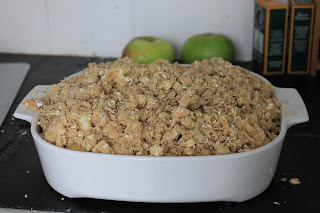 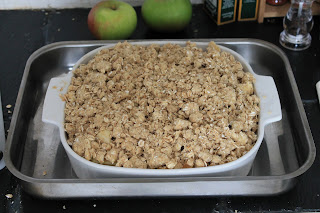 This entry was posted in Desserts, Fruit and tagged apples, oats. Bookmark the permalink.