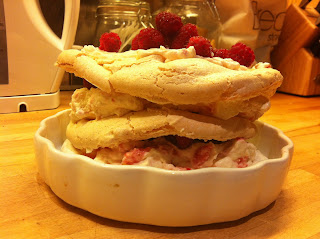 Traditionally, this would be considered a summer dessert with it’s light meringue and fresh berries. I, however, find it very difficult to prevent myself from making Eaton Mess whenever there are berries in the fridge. It’s definitely one of my favourite desserts. Sometime, I even crave it over chocolate! Somehow, it manages to be rich and satisfying without being at all heavy. In fact, this is quite a light dessert.One of the best things about this recipe is it’s table appeal. It looks great! AND it is really easy and quite forgiving to assemble. Unlike some cakes that show every flaw no matter how slight, this dessert looks great because of it’s flaws. A touch too much whipping cream in one layer with squish out the side in a way that induces immediate mouthwatering. To be finicky, this really is a dumbed down pavlova, but who cares? It looks great and tastes even better. To only enjoy it during the summer months would be a real shame. So forget about those leave-less trees and make this dessert to bring a little summer back to your table. You won’t regret it! 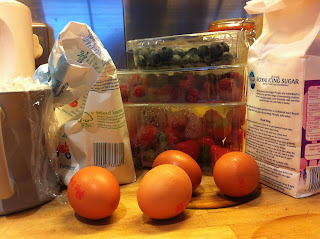 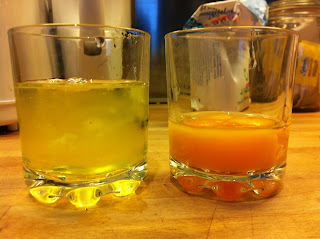 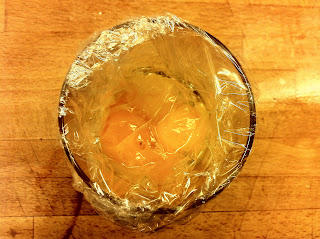 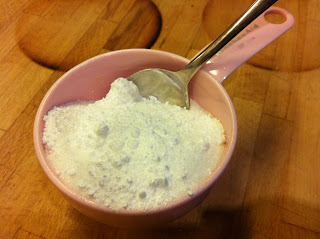 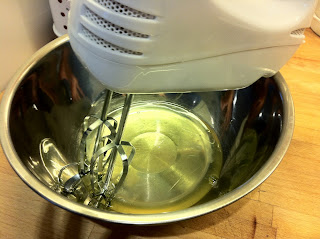 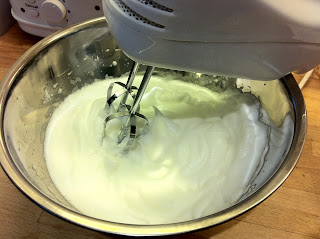 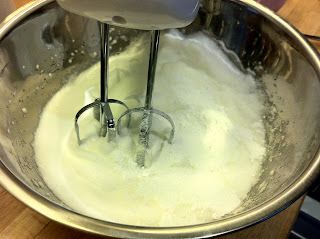 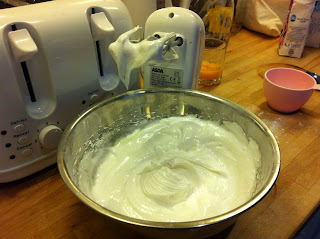 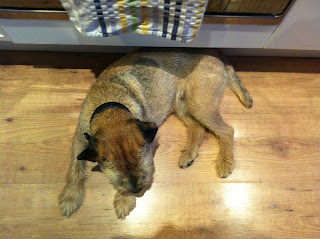 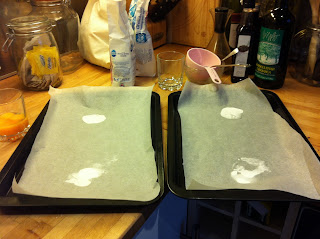 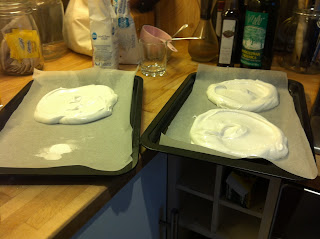 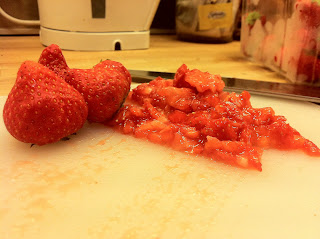 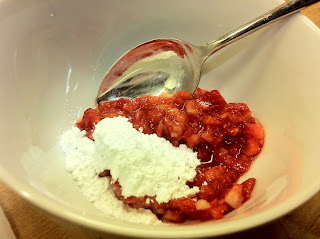 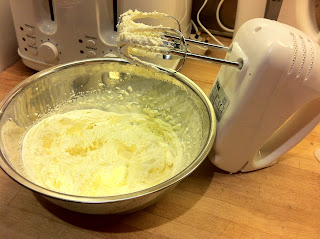 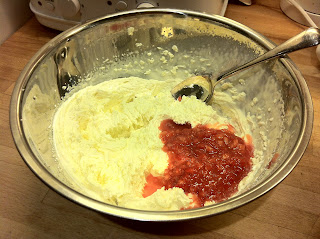 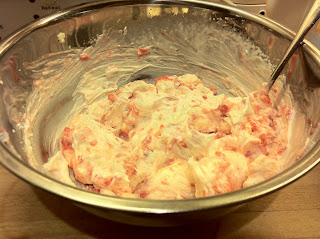 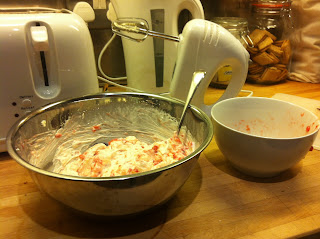 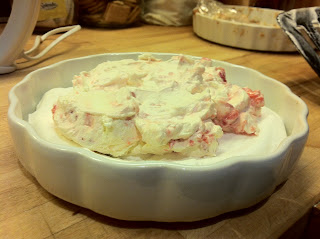 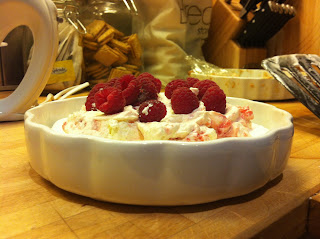 This entry was posted in Desserts, Fruit and tagged cream, strawberries. Bookmark the permalink.